Welcome to our weekly Books Digest where we round-up the new books you should, and shouldn’t, be reading. This week features A Little History of Art, Young Mungo by Douglas Stuart and Uncommon Courage: The Yachtsmen Volunteers of World War II.

For more books take a look through our Books Digest Archive.

For any readers familiar with the epochal brick that is The Story of Art by E.H Gombrich, find a light-weighted consolation in A Little History of Art, a smaller-sized alternative by the art critic and broadcaster Charlotte Mullins.

Prepare to be whisked away on an extratemporal journey that spans 100,000 years of art in a mere forty chapters and discover a cornucopia of art within these pages; from thousand-year-old cave paintings and limestone panels from the Mayan civilisation to the Benin Bronzes, Renaissance frescoes, poster campaigns by the Guerrilla Girls and installations by the artist-activist Ai Weiwei.

The crunch in A Little History of Art, which distinguishes it from Gombrich’s timeless classic, is that Mullins brings lesser-known artists from around the world to the fore. The author challenges the “myopic prioritisation of male Western art” that has dominated art history by reframing the narrative to include artists — male and female — from the Niger Valley to Peru, China and Australia. Of course, the likes of euro-centric artists such as Van Dyck, Ruben, and Picasso get due airtime, but it is the stumbling upon of female artists such as the Chinese painter and poet Guan Daosheng that makes the book unique.

In A Little History of Art, the author, a former editor of Art Review and V&A Magazine, plays to her strengths, breathing life into each artwork she holds her microscope up to. Each chapter skillfully sets the scene through a series of vignettes, immersing the reader into believing they could be sitting in the room with the likes of Caravaggio or Van Gogh. If you’re after a chronological crusade through centuries of art alongside ruminations on its changing role in our society, book a tour with this blue-chip guide.

Douglas Stuart’s sophomore novel treads a similar path to its predecessor, focusing on a tender soul in the hostile world of Glasgow’s housing estates in the 1990s. Similar themes rise: sexual violence, sectarianism, homophobia and a son desperate for the affection of his selfish alcoholic mother.

Young Mungo’s structure is perhaps the greatest divergence from the Booker prize-winning Shuggie Bain. The chapters alternate between the delicate and beautiful romance between Protestant Mungo and Catholic James and a fishing trip at Loch Lomond taking place a few months later.

The plot is a little predictable (you can sense how the fishing trip is bound to end before it has even begun) but Stuart’s stunning prose and compelling, complex characters more than make for it. Although true to life, the characters have an almost archetypal, mythical quality, reminiscent of the creations of Emile Zola. Through themselves alone, they subtly guide the reader to consider questions beyond this dear grey place; the contrast between Mungo’s substitute parents, his brother and sister Hamish and Jodie, for instance, forces you to consider what it means to be head of a household.

To balance this, Stuart is unrelenting in his granular depiction of the sights, sounds and especially smells, of Glasgow’s estates, his imagery capturing the horror and beauty in the everyday immaculately.

Uncommon Courage is the story of those 2,000 men who volunteered to serve in the Royal Naval Volunteer Supplementary Reserve before and during the Second World War. They were drawn to Royal Navy service through a shared love of the sea and boating. For the main part, they were part-time amateur sailors and yachtsmen with little or no previous military experience. They received remarkably little training and began with encouragement from their full-time professional colleagues in the Royal Navy.

Having discovered a cache of hitherto unknown papers belonging to her father who served in the RNVSR, Julia Jones, the well-known writer and classic boat owner, tells the story of remarkable innovation, bravery, enterprise, and spirit brought to wartime service by these gentlemen amateurs. It is a story of real courage and heroism. The telling of this story is long overdue.

My grandfather, John Fox, volunteered for the Royal Naval Volunteer Supplementary Reserve on 17 March 1937. He served until July 1945. Like many others, but too few politicians of the time, he foresaw what would happen and wanted to be in a position to serve his country when needed.

Volunteering for the voluntary reserve, knowing that the probability was that you would be required to serve in war, cannot have been easy or happy. He lived a long and happy life and spoke about his service rarely but always with great affection for those he served with and the Service he loved. That infectious love of the Royal Navy still infects his family, especially me, as I serve with great pleasure as an Honorary Captain in the Royal Naval Reserve.

Uncommon Courage is both fascinating and riveting. It is an account of an important part of our wartime history and yet reads like a James Bond novel. It is well worth taking the time to read it.

Sat Apr 16 , 2022
Welcome to our weekly Publications Digest where we spherical-up the new books you must, and should not, be examining. This week characteristics A Small Historical past of Artwork, Young Mungo by Douglas Stuart and Unusual Bravery: The Yachtsmen Volunteers of Entire world War II. For additional textbooks acquire a glance […] 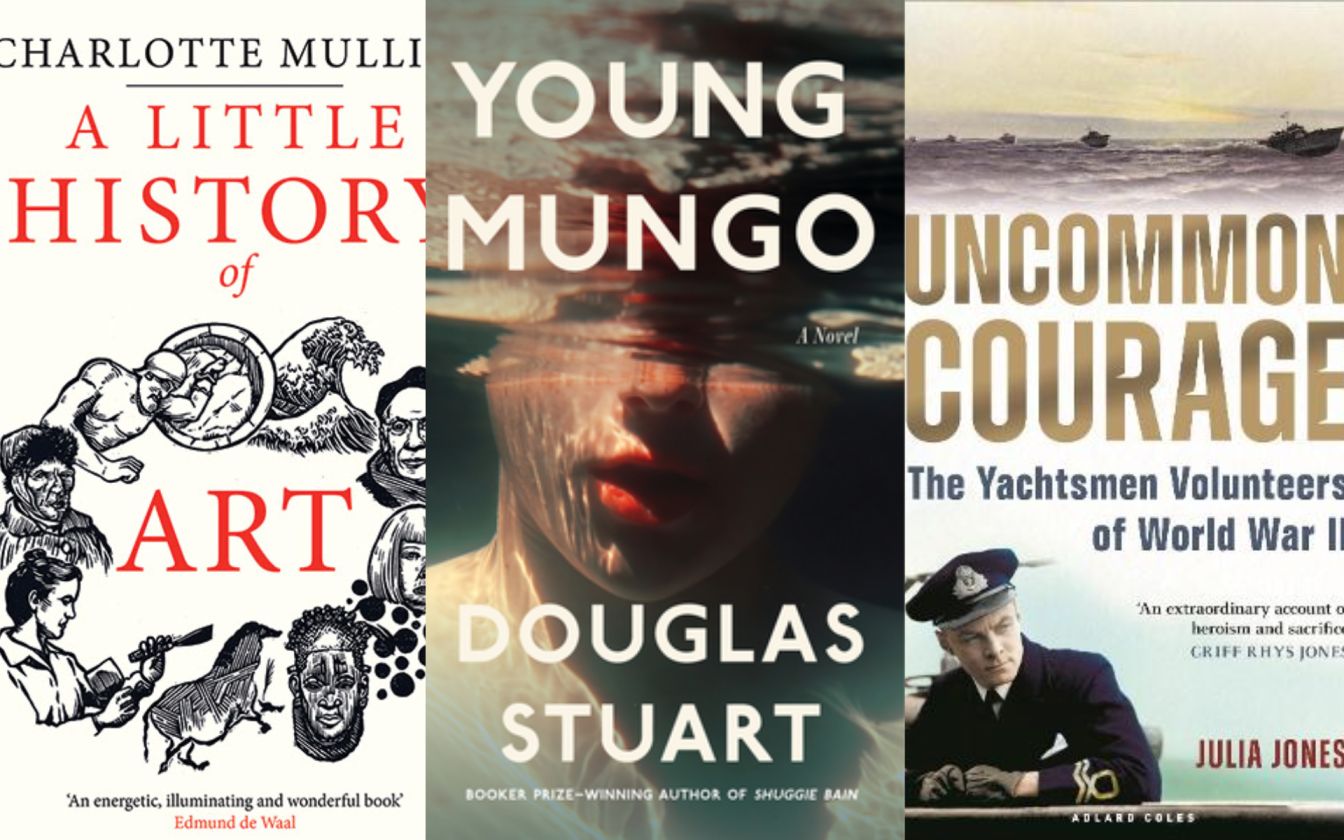