For traditionally trained artists, moving to a digital workspace can prove to be intimidating. There is an abundance of digital art software, but these are often designed with the intent to improve an experienced digital artist’s workflow. Realistic Paint Studio, however, has sought to scale back the technical aspect of digital illustration and create a more traditional workflow in the digital space.

In a traditional piece, adding transparency to a watercolor stroke is as simple as diluting the paint with water. For a digital, piece, however, you’ll often need to toggle pressure sensitivity for your pen or make other technical changes to your brush settings. It can seem a little daunting. With Realistic Paint Studio, brushes and tools are fined-tuned for traditional artists who know what kind of stroke they can expect when they pick up a round brush loaded with watercolor. This simplification of the UI does unfortunately come at the cost of functionality that digital artists have come to expect. Description: Realistic Paint Studio is a digital art program that attempts to mimic the creation process of traditional art within a digital space.

Bottom line: The UI for this software is absolutely beautiful, but it may prove to be unintuitive and limiting for digital artists that do not have a traditional art background. Realistic Paint Studio’s standard version offers 42 different brushes that simulate graphite, charcoal, watercolor, and oil brushes along with blending tools and erasers. Drawing surfaces are simulated across 15 types of sketchbooks and canvases, with over 45 different textures from which to choose. The VIP add-on pack for Realistic Paint Studio adds 10 extra tools, such as a calligraphy pen and rhinestone stamp, along with an elegant album that features black paper.

The standard edition of Realistic Paint Studio will run you $25, while the additional VIP content bumps the price up to $30. There is a 30-minute free trial if you’d like to take the software out for a test drive before you swipe your card. Realistic Paint Studio’s strongest element is its UI. Designed to replicate a traditional workspace, the program sheds the modern panels and technically inclined design elements for a more pared-down UI that looks and feels like a warm cozy desk in a private studio. The right side of the screen features a color palette of swatches in the bottom corner that is actually functional as a palette for color mixing. The top right of the screen offers a standard digital color gradient wheel, as well.

Simplified icons adorn the top of the screen to customize the workspace by removing palettes and tools from view with a panel to for layer management. The left side of the screen features a color picker tool, undo and redo, as well as a brush size slider. The bottom offers a toggle to remove the UI (although the undo, redo, and slide bar all stay intact for some odd reason), along with a favorites bar for preferred brushes and tools. When you initially begin your painting with Realistic Paint Studio, you’ll be greeted with the option to choose between drawing, watercolor, or oil painting. Your choice here dictates which brushes are initially laid out on your workspace, but you can opt to choose different tools at any point in your workflow by selecting the brush box icon. A beautifully designed box of new brushes will then be presented on your workspace for you to choose. Each brush features a live demo of its behavior in a little tray attached to the toolbox. The user can also test the brush out to see its interactions in the live demo area before they attack their own painting with it. For as much good as Realistic Paint Studio’s scaled back UI can be, experienced digital artists may find the limitations it imposes stifling. While the brush selection is excellently presented, there are no settings panels to control their opacity or pressure sensitivity. There is one slider in the menu for which allows for pen hardness to be adjusted, but it is further limited by being a universal setting as opposed to being adjustable on a tool-by-tool basis.

Likewise, the usefulness of any particular brush is limited by the software. There is a lone sponge, for example, but it cannot be used to apply color to the canvas. This renders the sponge to essentially serving as an eraser tool with fancier edging. There are additional brushes in the toolbox that are limited to blending effects by simulating the addition of water or other paint-thinning additives, but like the sponge they cannot be used to lay down colors whereas in actual traditional mediums you could actually use them in that way. This can feel a little deceptive in Realist Paint Studio, because these blending brushes look like they may provide interesting stroke effects. The limitations are not just tied to brushes. The creation of the canvas itself only allows for an art piece that is 6,000 by 6,000 pixels, at most. Once in the workspace with the canvas, it is presented as a static workable area and it cannot be rotated, though it can be flipped horizontally or zoomed in and out as necessary. Layers also take a hit in the functionality department. They feature a few surprising options like preserved opacity, reference layers, and merging. One noticeable absence, however, is the ability to move your layers up and down. Rebelle 5 does lack the charm of Realistic Paint Studio’s cozy desktop workspace aesthetic, but the option to embrace the coldly modern UI does afford Rebelle 5 users far more control over their tools and brushes. That said, more functionality comes at a higher cost, and Rebelle 5 will run you around $90 for the standard edition. Realistic Paint Studio is a quarter of that price.

Realistic Paint Studio: Should you get it? While the limitations imposed by Realistic Paint Studio can feel stifling, the software itself is not without merit or purpose. Because Realistic Paint Studio uses what amounts to stamps and textures to simulate liquid mediums, it is not as CPU or GPU intensive as more expensive software that utilizes algorithms for paint behavior. The app can run on older or budget-friendly hardware, whereas a lot of the competition needs higher-end equipment to render paint behaviors.

Realistic Paint Studio also holds its own as being a great entry point for traditional artists who are just stepping into digital and feel overwhelmed by both the workspace design and the price tags of more advance software. The software’s pared-back functionality lends it to being ideal for beginner digital artists.

There’s a lot of good to be found in an app like Realistic Paint Studio, despite its limited features. As a traditional artist, it can be nice to have a lightweight app lingering around on a small drawing tablet like the XP-Pen Artist 12 where you can quickly create a thumbnail of your traditional illustration then drop in a few different color palettes to determine what you may like best before you put actual paint to paper. Realistic Paint Studio can also be nice to have just for some mindless doodling or digital idea journaling.

The app continues to be actively supported, with new features requested by the community being added by the developer. The most recent 2.0 update brought the ability to export your work as transparent PNG files and time-lapse recordings that can be exported as MP4 files. While there are obvious issues for experienced digital artists with the limited features, Realistic Paint Studio can still provide a charmingly aesthetic environment in which you can create stunning digital illustrations and paintings. The UI and presentation of Realistic Paint Studio simply steal the show.

Bottom line: Realistic Paint Studio gives artists the opportunity to create digital art that very closely mimics traditional painting and drawing. While the app suffers from limited functionality, everything is tied up neatly in an aesthetic workspace that makes exploring various mediums enjoyable.

Microsoft revealed in a live stream yesterday that an upcoming Insider build of Windows 11 will feature an updated Task Manager app that follows your system accent color in the performance tab’s heatmap columns. This addition comes after the company introduced a new design for the Task Manager, bringing it in-line with other Windows 11 interfaces.

Wed Apr 27 , 2022
ALBANY — An art historian and nonprofit chief with museum and academic artwork experience has been named the new government director of the Albany Institute of Historical past & Artwork. Buffalo indigenous Kristen Oehlrich, who holds bachelor’s, master’s and doctoral levels in artwork record as properly as an MBA and […] 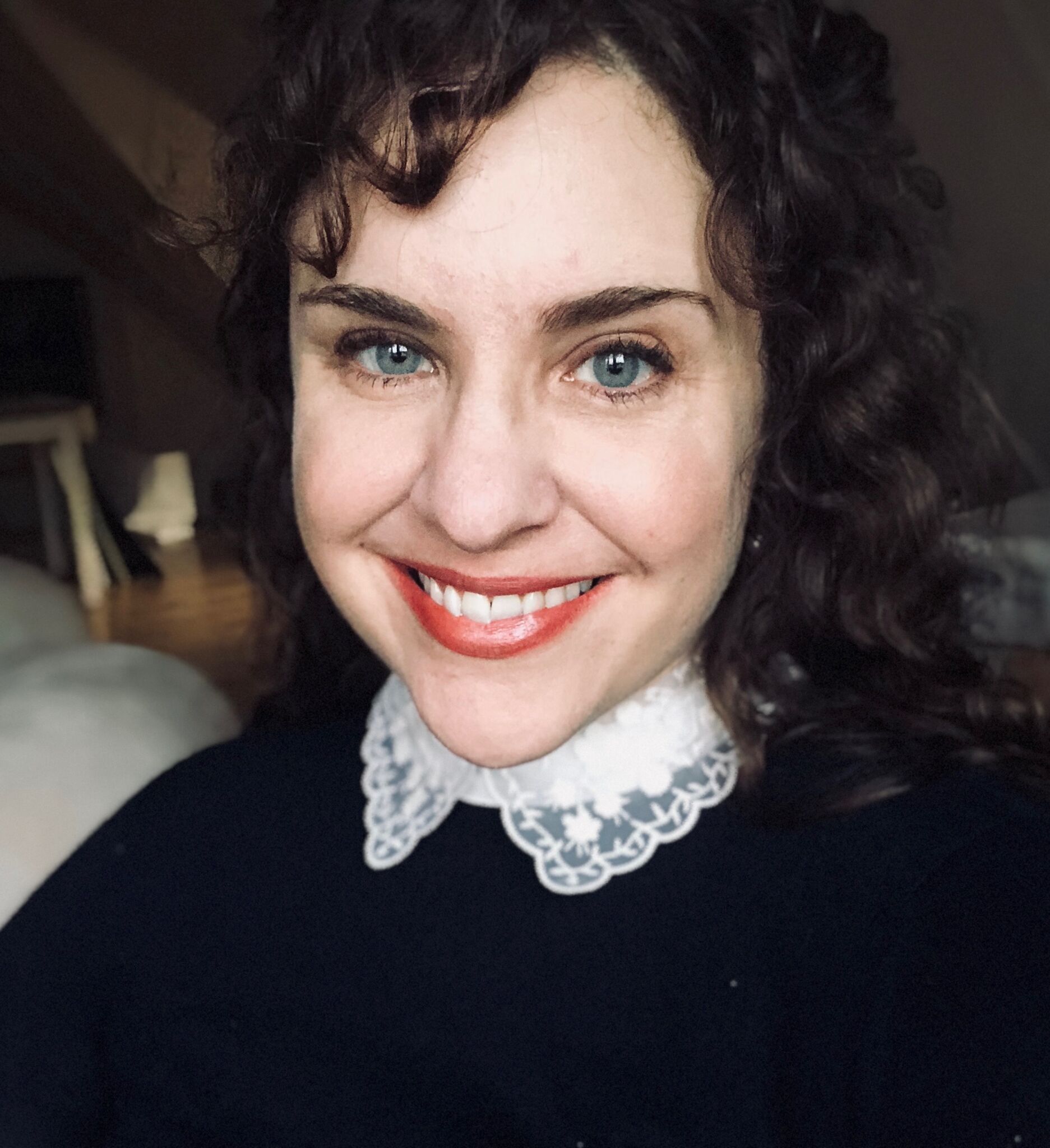