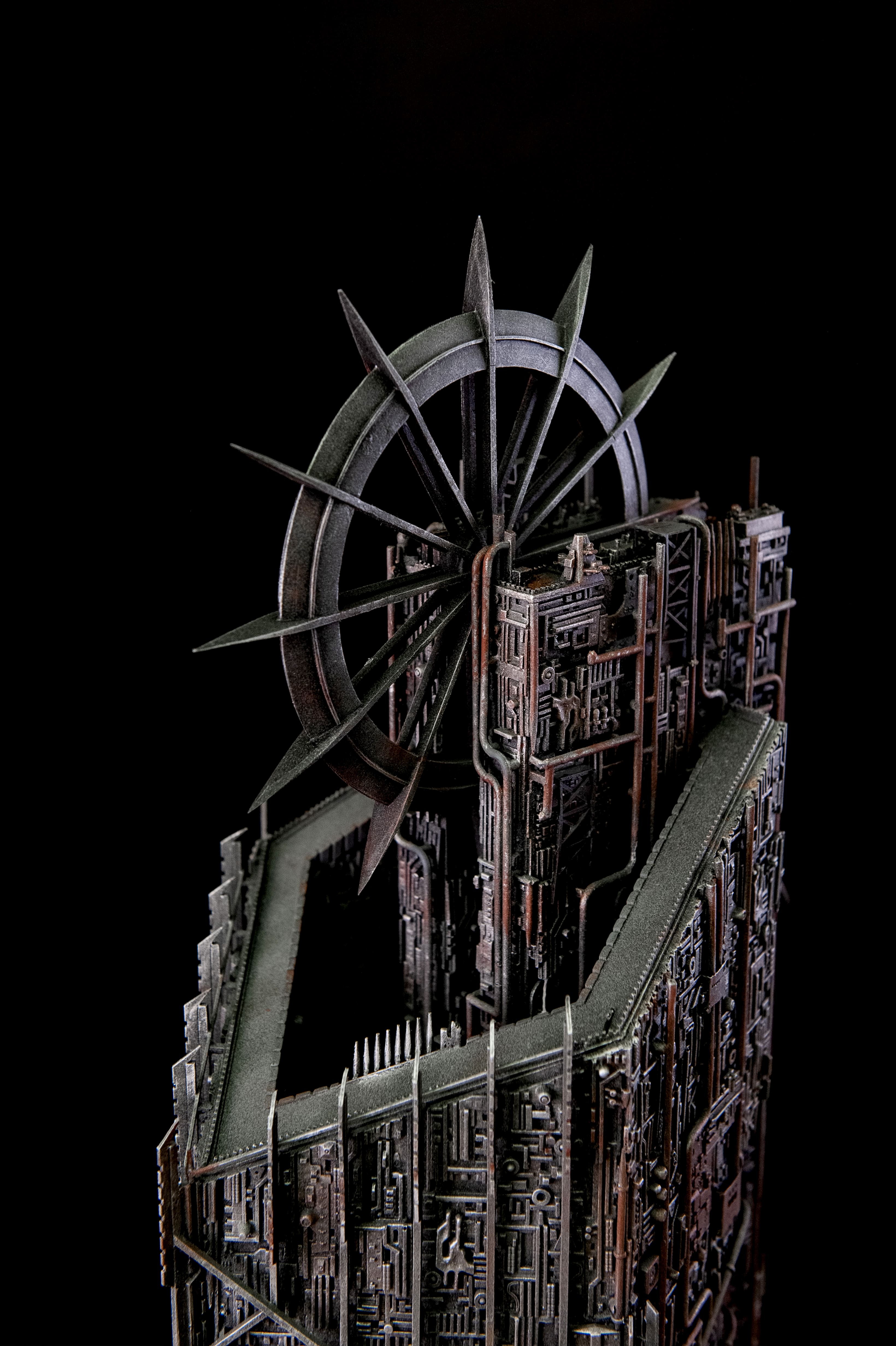 Richly ornamented surfaces, bizarre looking structures, spiky shapes… Now we are carefully approaching Mark Melnikov’s macabre sculptures, appealing and controversial as all dark things are.  Depicting the most unsettling corners of a person’s heart, these models welcome us to join the never-ending process of self-understanding which troubles the artist’s soul. You will not find any stereotypical symbols traditionally connected with the dark side – their place is taken by cold symmetry and tenebrous magnificence. The impression is multiplied by an optical illusion and lighting – while looking from a distance, the viewer comprehends the objects as undivided monoliths. But as soon as he gets closer, he realizes that the surface is not solid – every single element is covered with countless details. It is hard to believe that such a level of realism could be achieved by human hand – it looks more like if the sculptor managed to develop a technology of real-life zooming. Even so, it should have taken him ages to carve all these little spikes and windows. So what is it: a supreme level of self-devotion which borders on maniacal perfectionism, or does Mark use a secret method of treating the surface?

In order to figure it out, let’s dive into the art pipeline. Since almost any creative process starts with an idea, it is essential to know what is the source of Mark’s concepts. Unlike many other artists who are influenced by the primaeval beauty of nature, he derives inspiration from artificial environments: cityscapes, archeological findings, book illustrations. The sculptor is convinced that mankind has almost achieved perfection in many fields of visual communication, and the main goal of the new generation of artists is to push these results even further.

Before actual sculpting starts, the pre-production research takes place. During this stage Mark and his assistants collect hundreds of various photos which can be used as references, sometimes in a really unexpected way. For instance, one model resembles some kind of space station or hi-tech factory, but in fact it was inspired by an image of computer hardware. The sculptor often turns to industrial motives as he believes that mankind’s evolution is a history of technical development, and that is what distinguishes people from all animal species.

In terms of the modelling process, Mark prefers tools that allow to skip routine and to save time for the most important thing – the creative process. Molding and casting technique makes it possible to duplicate hundreds of details in no time, and laser carving is capable of cutting out extremely small elements with a high level of accuracy. Mark uses various materials, including medium density fiberboard (MDF), acrylonitrile butadiene styrene (ABS-plastic) and polyvinyl chloride (PVC-plastic). Some sculpture parts are cast with poured plastic, while polyurethane foam covered with epoxy resin and topped with genuine little stones is used for rocks imitation. Models are coloured with acrylic paints, various textures applied. Although Mark follows the traditional approach of model making, it is clear that he uses modern technologies a lot.

Undoubtedly, such efficiency and well-organized workflow provide the opportunity to communicate the artist’s ideas in a brand-new way. Through his artworks Mark Melnikov makes direct contact with the audience and shares his original vision, which could be described as both elegant and aggressive. Apparently, the dark side seems more intriguing and protean than the shining beacon of virtue. His designs are sharp, and that’s why they are memorable.

Tue Apr 12 , 2022
NFT which is a aspect of blockchain technological innovation has been getting considerably excitement in the media in the way it enriches artwork creators Selling an NFT relies significantly on the capacity of the artwork creator to industry their parts and let opportunity shoppers see their values The journey to […] 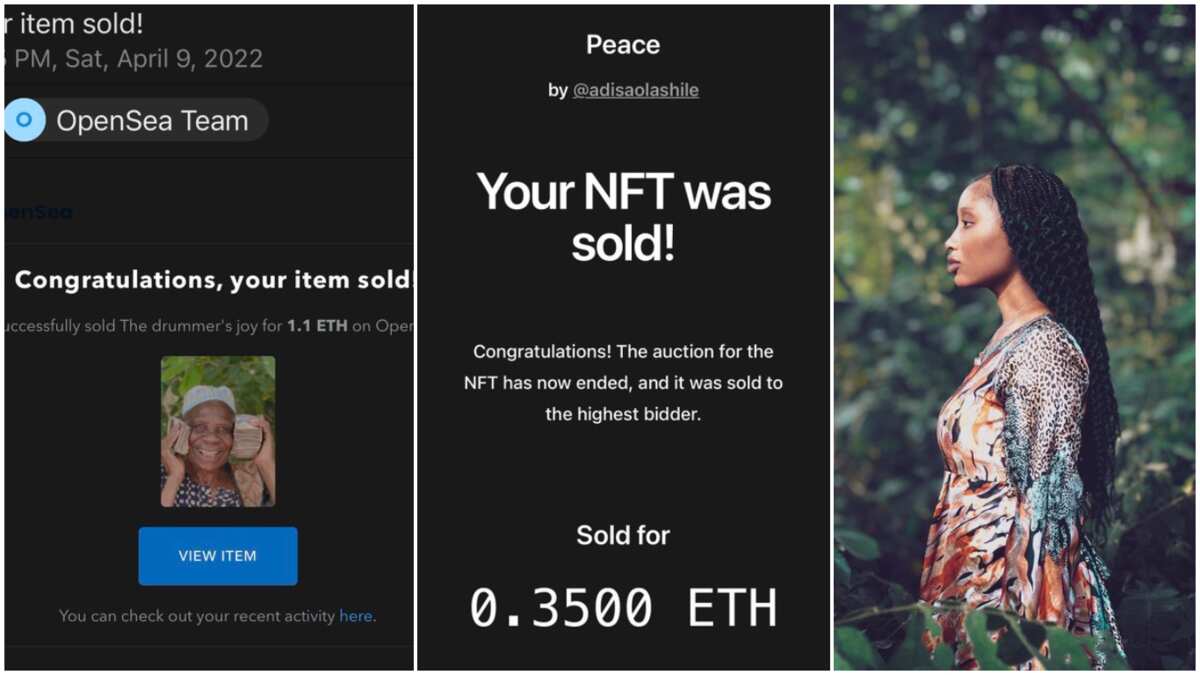